The role of the Diocesan Education Council (DEC) is to assist the Bishop in formulating the Townsville Diocesan Catholic Education vision and identity. 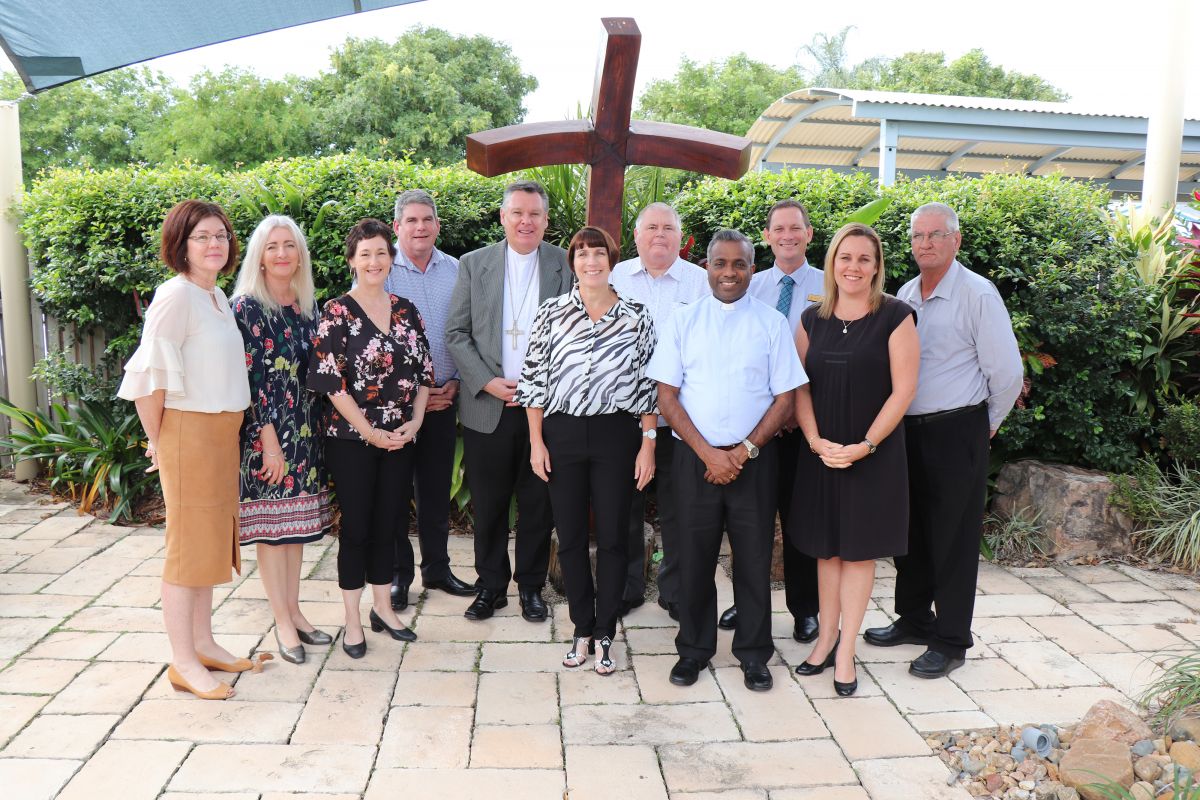 Bishop Tim Harris is the sixth Bishop of Townsville, appointed by Pope Francis in February 2017. He was ordained a priest on 18th November 1992 and served as parish priest of Corinda Graceville and Surfers Paradise.  Bishop Harris has served in various offices as Vicar Forane of the Brisbane West Deanery, member of the Council of Priests, the Personnel Board and the Clergy Appointments Board and until his appointment as bishop, he held the office of Vicar Forane for the South Coast Deanery of the Archdiocese of Brisbane. He obtained the degree Bachelor of Theology from the Brisbane College of Theology.

Len Horner was employed as the Director of Parish Life and Ministry since 1982 and more recently the Diocesan Chancellor (retiring 9 2018).  Over the past 36 years, Len has worked with the last four Bishops of Townsville. In 2017, Len and wife Lyn were awarded the title of Knight and Dame of the Order of St Gregory the Great by Pope Francis. Len has worked on numerous diocesan committees. His interests include the theatre, reading, travel and he is a passionate North Queensland Cowboys supporter.

Jacqui Francis commenced in the role of Executive Director of Townsville Catholic Education in April 2018. She previously held the position of Director of Organisational Services and Capability within the organisation. Jacqui commenced her career as a primary school teacher and worked in state schools in Victoria. She went on to hold middle and senior leadership roles in the NSW public sector and has applied her skills various industries including road and rail transport, policing and public safety. Jacqui’s work has provided opportunities to work in international, national, state and regional settings on projects which have addressed human resource development, organisational capacity building, leadership development, governance, and improvement of organisational performance. Jacqui has a Masters of Business Administration (International Business), a Bachelor of Education (School Librarianship) and a Diploma of Teaching (Primary).

Tracy Nuttall is the Principal of St Peter's Catholic School, Halifax. Prior to moving to Ingham to take up this position in 2015, she lived in Townsville for 24 years where she raised three children with her husband, John. Tracy has previously taught at Holy Spirit School in Townsville for thirteen years. She received her Bachelor of Education degree in 2001, preceded by a Bachelor of Economics in 1985.

Tony Polga was born and bred in Ayr and has been involved in the agriculture industry since the age of 15. Tony is the Service Manager at AgNorth , a position he's held over the past 16 years since the business opened. Catholic Schools in the Burdekin have always been a passion of Tony's, he is the Chairman of the Burdekin Catholic High School Board and Chairman of the St Francis School Board. Even though Tony's children are all grown up now, he is still an active member of the Burdekin Catholic High School P & F Committee. Tony also sits on the Finance Board for Sacred Heart Parish.

Alanna Jacoby is the Deputy Principal of the Padua campus at St Anthony's Catholic College, Deeragun. Her previous positions include APRE at St Joseph's Catholic School, Mundingburra and APRE and teacher at Marian Catholic School, Currajong. Alanna spent six years teaching in the Darling Downs before moving to Townsville 22 years ago. She has a Master degree in Educational Leadership and only has several subjects left in her Master of Theology. Alanna is married to husband Michael, with whom she has four daughters with.

Chris Waters Chris represents the Western schools in the Diocese. He resides in Cloncurry and has been involved as a parent of students at St Joseph's Catholic School, Cloncurry for 18 years. Cloncurry has been his home for almost twenty years. He is also an enthusiastic member of the P&F and is a member of the Diocesan P&F Committee.